The Rwandan flag is a horizontal tricolour in which the blue band represents happiness and peace, the yellow band symbolizes economic development, and the green band symbolizes the hope of prosperity. The yellow sun in the upper corner represents enlightenment. It was adopted in 1994 to replace the previous, pan-Africanist flag, which had become associated with the Rwandan genocide. 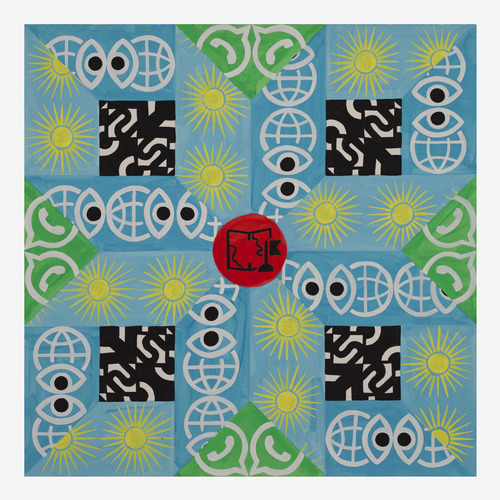